Trump started to use the term “Chinese Virus” in twitter and briefings in the White House since 17 March. It really let me feel angry, he almost did nothing to help the Americans stop the spread of coronavirus except blame China. However, he stands for Americans, it implies most of Americans may agree with his view – The coronavirus is a “Chinese Virus”. Trump’s actions are all driven by domestic politics in preparation for the 2020 election. COVID-19 is a global public health event. The United States is facing a huge pandemic prevention challenge, and the pandemic is likely to develop into a public crisis. Trump has a very clear mind on this, in order to ensure that his re-election is not affected by the COVID-19 pandemic, he needs to shape a “story” for COVID-19. “Foreign virus” is such a “story”. Its theme is: the United States is being invaded by foreign virus, the virus is imported from “other countries”, threatening the health and safety of the American public. Americans are innocent victims. Trump’s role as president is to protect the United States.

Trump wants to “up the ante”, to make the stroy more vivid by throw out the “Chinese virus”. It clearly links the virus to China. And with China-threat theory, U.S.-China confrontation being the topic of U.S. politics for the last two years, cracking down and containing China is now politically correct in Washington. China was supposed to be the central topic of the Trump 2020 election.

The use of term “Chinese virus” is an attempt to link infectious diseases to anti-Chinese sentiment and anti-Chinese politics. 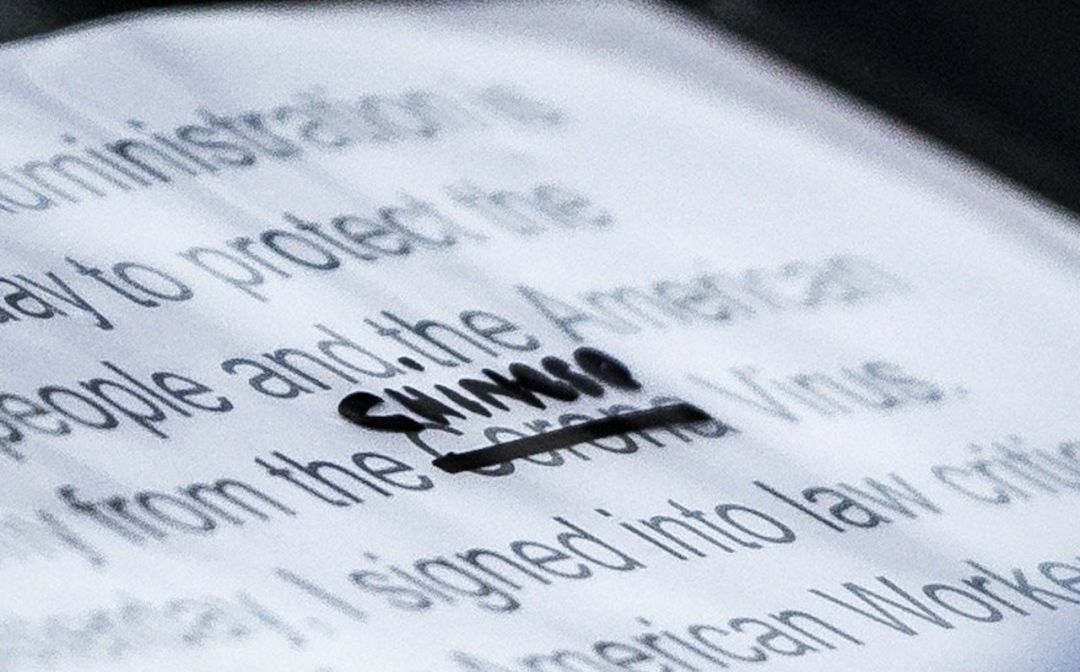 Trump’s story is that the COVID-19 is coming precisely from the biggest threat - China. Even though China did not “intentionally export” the virus, its “failure to disclose” and “poor management” led to its spread to the U.S, causing serious damage to the U.S.

I think all of the Trump supporters will agree on his view. I know from my former hospital that an American physician never goes abroad, this person believes U.S. is the best country and never visits any other place in the world (because other countries are not better than the U.S.). It is real ignorance.

The appeal of the populists has grown with mounting public discontent over the status quo. In the West, many people feel left behind by technological change, the global economy, and growing inequality. Horrific incidents of terrorism generate apprehension and fear. Some are uneasy with societies that have become more ethnically, religiously and racially diverse. There is an increasing sense that governments and the elite ignore public concerns. The Dangerous Rise of Populism

Nativism, xenophobia, racism are on the rise. We couldn’t avoid facing more and more conflict between China and the West. Nobody will win in the last.

In China, there are also lots of people support for Populism, some of them believe the COVID-19 is de novo synthetic viruses, some of them believe traditional medicine is better than modern medical medicine. They believe the person who says the truth but not consistent with the government voice is the spokesperson for the West. Personal attacks via social media are more and more common.

The ideology gap between the West and China will become larger than we could think.

The economic gap between the developed countries and developing countries will become larger than we could predict. By the way, do you see many artists from South East Asia or Latin American or Africa at the virtual concert series – One World: Together at Home? Do you think those people have their voice in the world?